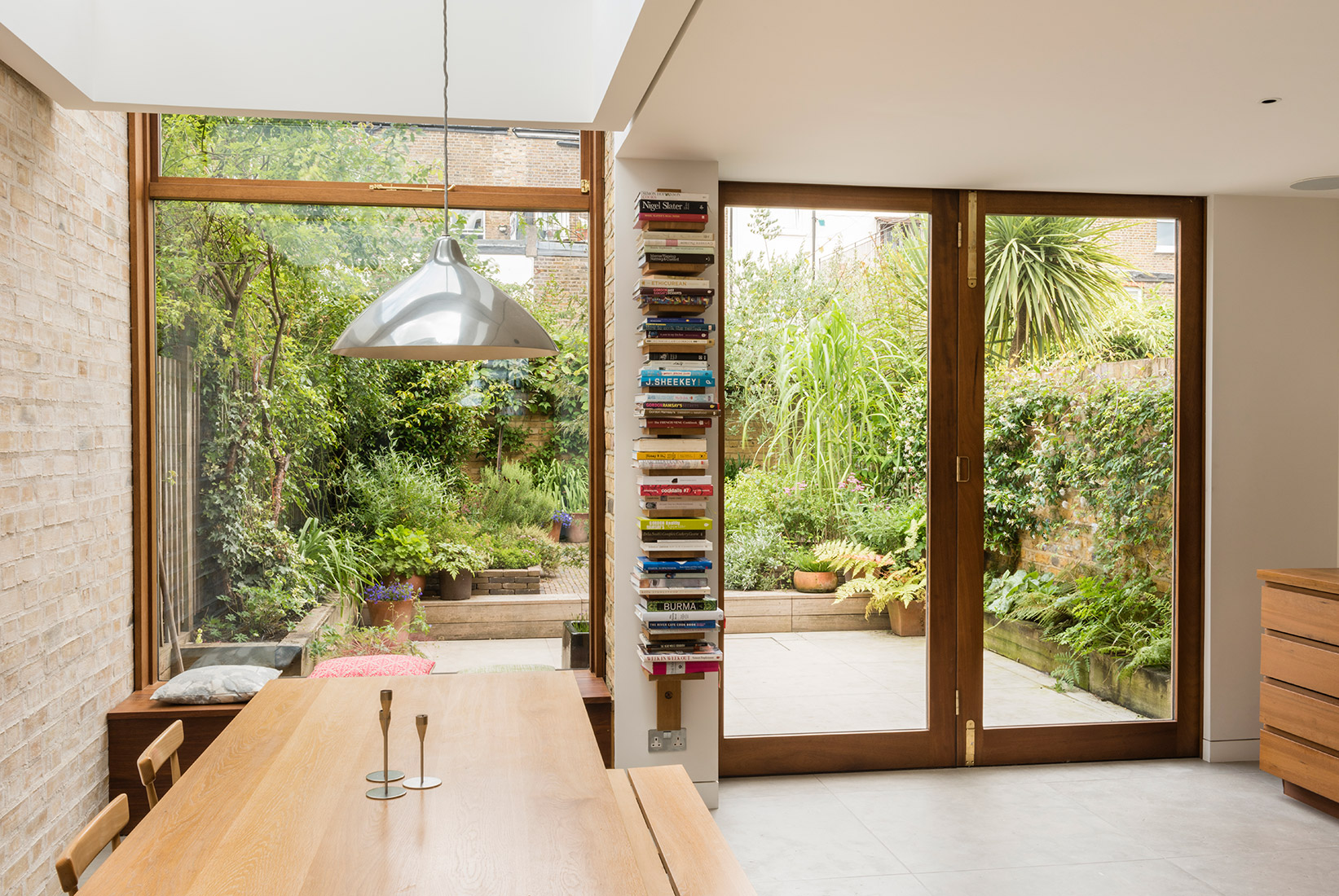 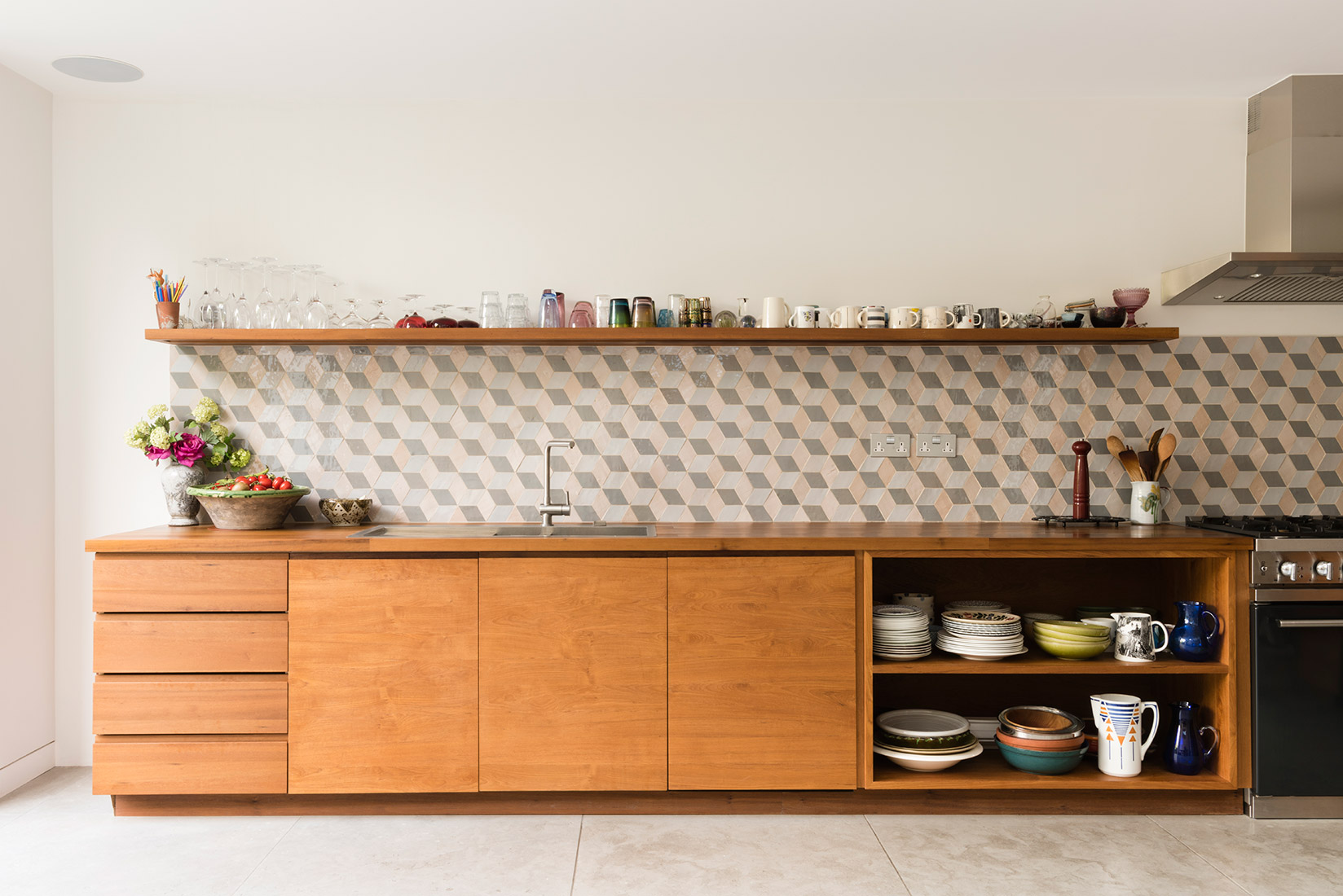 From the outset the clients were adamant that they wanted an addition to their home that was sensitive to the existing arrangement and overall character of the house, whilst allowing a greater level of transparency between house and garden and an improvement in the quality of light. This was particularly pertinent at Beversbrook Road as the garden faces north-east. Suzy and Chris did not want to sacrifice what they currently enjoyed to achieve the additional space they felt they needed.

The change in level between the main house and the rear addition suggested a solution: the integration of a small light well between the new extension and the rear living room. The side extension became a “pavilion” of discreet elements held between the existing building and the new party wall, between the garden and the house. Pitching the glass roof back toward the main house not only maximised the levels of daylight reaching the house, but created a flat fascia on the garden elevation that stressed the separation of this pavilion from the adjacent brick structures. This is re-emphasised in the detailing of the construction.

What the clients say:

"Roman designed and oversaw the building of a significant kitchen extension to our house, and the experience was positive in every respect. He took our brief, challenged and stretched it, developed brilliant ideas of his own, and thought deeply about the space and its purpose throughout. His eventual design married perfectly with his choice of materials, for which he has a natural sense.

When we moved on to the build he worked well with the builders and ensured a very high level of quality. Because of his consistent imagination and care, the result was wholly successful, and a real delight to live in day by day. We’ve worked with him on smaller projects since and would recommend him unreservedly to anyone who wants a serious architect to do compelling, beautiful buildings."
next project